Don't Get Your Vicars in a Twist 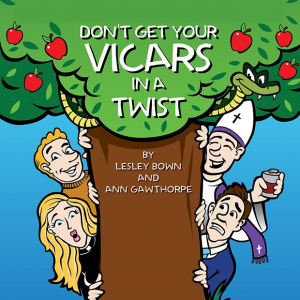 A  fast-moving farce about , a senior church warden who has let the empty vicarage to a travelling theatre company for a murder mystery weekend to pay for his daughter’s extravagant wedding. Mistaken identity, other forms of misunderstanding, cross-dressing, drunkedness and general chaos ensue.

The action takes place in the hall of a country vicarage in 1993, the first year that
woman priests were ordained.

The hall has stairs leading off and doors to the dining room, drawing room, kitchen,
library and cloakroom and front entrance. There is a window next to the front door
and a cupboard under the stairs. A table holds a phone, a few hymn books and
some old church magazines. A picture of a church hangs on one wall.