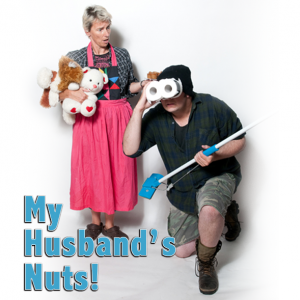 Barbara's husband is missing on the family farm. When Jack finally returns he is a nervous wreck and will not leave the house.

He is suffering from Agri-phobia (the fear of agriculture)... and is convinced that he is Hiroo Onoda - a Japanese soldier holding

out on an island after world war Two. Barbara's husband is nuts. The only people she can trust with this information is the new vet

and the village idiot. How will they restore Jacks mind without the help of the medical profession... or common sense?

.Jack Fitzgerald – local farmer and living legend in the community, husband to Barbara

Terry McCloud – local home alarm installer with dreams of law enforcement– becomes Yuichi Akatsu (the deserter) in Jacks mind. Childhood friends with Charlie. A Vegetarian, the kind that has to tell everyone. Socially awkward.